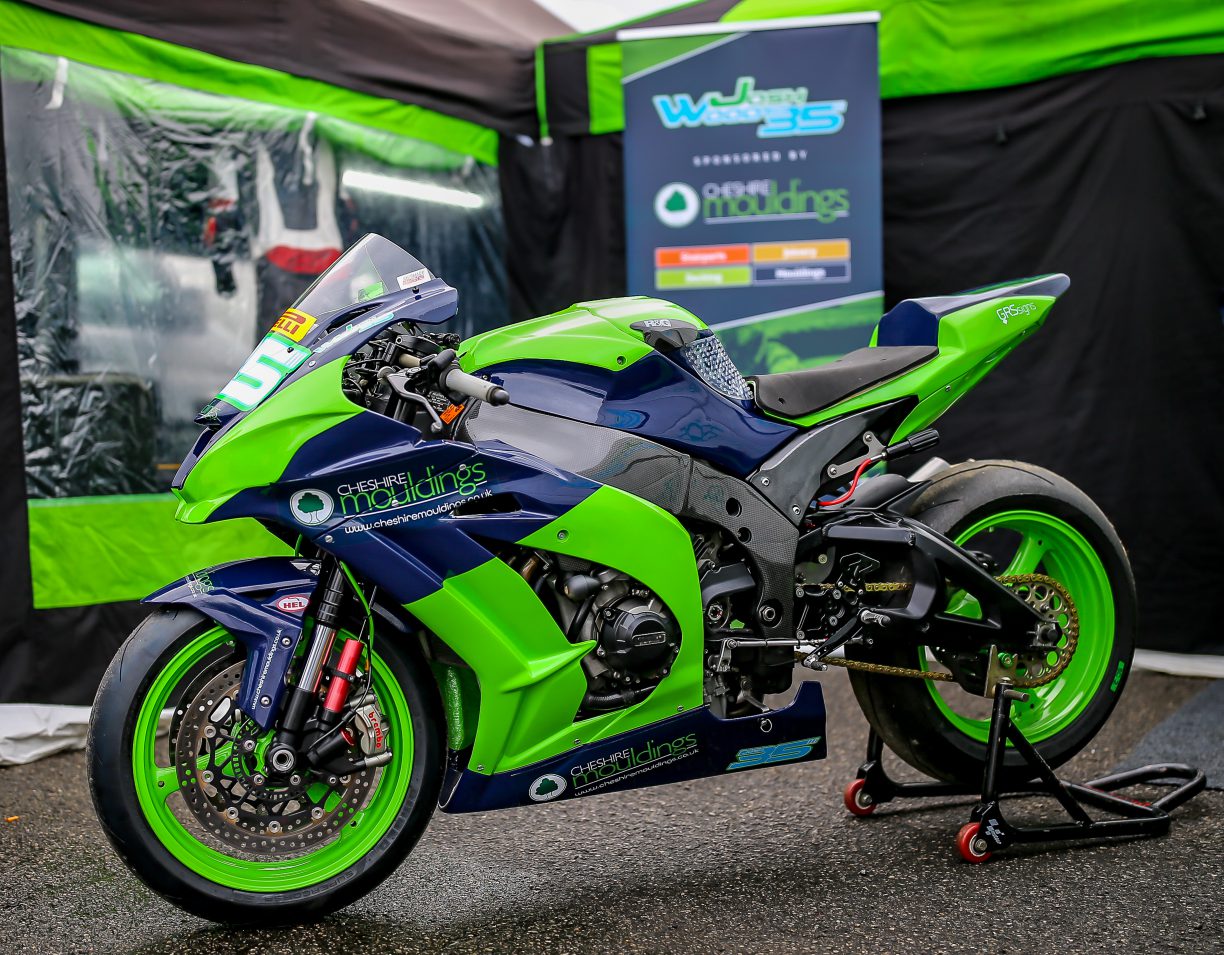 Cheshire Mouldings, the UK’s leading timber manufacturer of stairparts, mouldings and decking accessories, has been named as the title sponsor for Josh Wood Racing in the upcoming season of the Bennetts British Superbike Championship.

Kicking off on 25th June at Oulton Park, the season will see Josh compete in 11 races throughout the year, with Cheshire Mouldings supporting each one as the team’s lead supporter.

As the greatest domestic bike series in the world, the Bennetts British Superbike Championship averages speeds in excess of 180bhp, with Josh competing against 49 riders for the podium finish at the end of the year.

John Carney, Managing Director of Cheshire Mouldings, said: “It’s a real privilege to be able to support Josh this season. I am a big fan of the sport and he’s a fantastic young talent coming up through the ranks.

“I have been following Josh’s progress closely over the last few years and I know the entire Cheshire Mouldings team look forward to supporting him this season and wish him the best of luck.”

Founded in Warrington in 1988 by the Carney family, Cheshire Mouldings sets the standard for high quality timber building products and is dedicated to ‘being the best’ in its field, a commitment it shares with Josh Wood Racing, making the perfect pairing for the 2021 season.

Speak to one of our team of experts on Freephone 0800 085 3465
We're just a phone call away and happy to help with any questions you may have or contact us using this button.
Contact us
Want to know about our NEW OFFERS - Sign up for our newsletter
Copyright © 2022 Cheshire Mouldings t/a Cheshire Merchants. All rights reserved
Sign Up & Receive Special Offers
Sign up for Latest Offers